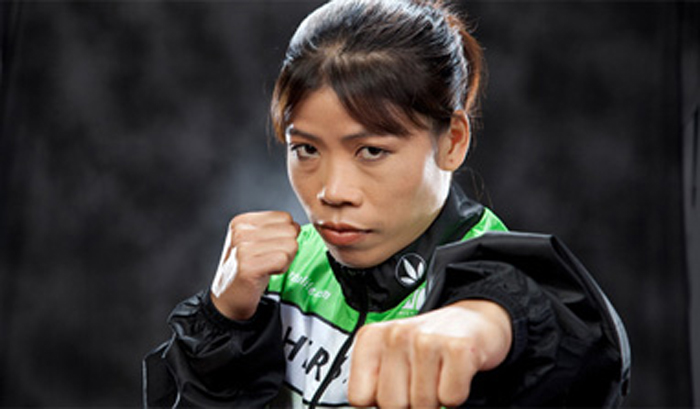 Nobody ever thought that an Indian woman could emerge as a super power in boxing. But, after the London Olympics in Mary Kom Life everything has been changed so drastically. Mari Kom has proved herself and removes all the false assumptions that born in the Kom tribe of northern east state Manipur can’t able to succeed like this. Mary Kom managed to craft as a stronger boxer. Until London Olympics, nobody paid attention to the achievements of Mary Kom as well as nobody know the name of Mary Kom. This dedicated and extraordinary boxer have had already won five world boxing championships before London. Among professional friends, she is famous in another name “Magnificent Mary”. She is a live example in front of us for all the women and men as well, who climb the mountain of success after doing so much hardwork.

Her childhood was filled with bitter memories and sufferings as her parents were ordinary farmers and not able to fulfil the requirements of children effectively. To make more money Mary also helped her parents in the field as a child and she spend her life with strong mind and body. In other words, we can say that hard labor was her first training and due to this she meant the meaning of hardwork and dedication to work hard. She never thought that she would become a boxer. During the year of 2000, she started training. It was the successful career of Dinko Singh that influenced Mary Kom.

Among traditional Indian families, boxing is not considered as a most suitable sport for woman in our country basically. Mary Kom firstly was very afraid to show her interest in boxing openly and to hide the same she tried her level best to hide her boxing fascination from her family and relatives. After some days, her father found about this secret adventure of Mary Kom from a newspaper article. But, the family didn’t oppose her interest in boxing. Though her path was not filled with flowers, the family support gave her so much strength. Her career as a boxer got its gears when she won the Best Boxer title at State Level Invitation women’s boxing championship in Manipur from there, till the Olympics her career passed through many achievements and accolades, which was not much celebrated though.

However she was awarded with the prestigious Arjuna Award and later Padmashree by the Indian government. Today she along Saina Nehwal, APJ Abdul Kalam and M.S. Dhoni is elected as the youth icons of India by the government.  She is the pure example or role model not only for women but for all the youth and we must inspire by this legendary player how to work hard and how to achieve success. She eminent herself as the only women to have bagged all the 6 world championships she won. Beyond all these victories and celebrations, she is having a happy life with K. Onkholer and is a wonderful mother to her twin boys Rechungvar and Khupneivar.

Apart this based on her life Bollywood Movie is going to be created soon star casting with Priyanka Chopra who he is playing as Mary Kom and will show up her life struggle, sad and happiest moments in a better way. We all are proud on you Mary Kom.