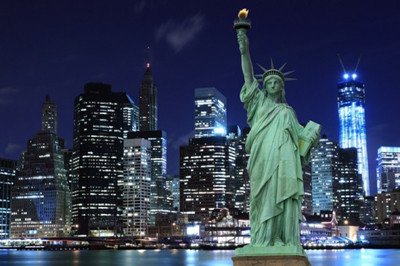 This is your first trip to the Big Apple and you are excited, you have researched on the net and prepared a list of all things you want to do and places you want to see. Now you are ready to hop on that plane and are in the, ‘Hey New York! Here I come’ mood. Have you included in your list Empire State Building, a ride in twilight in the Central Park or eating from the hot dog cart in the Times Square, then hold on for a minute, delete some of these things they are overrated and you will be terribly disappointed. Here is the list of some things you need to avoid doing in New York:

Looking at New York from the top of ‘Empire State Building’: If you love standing in queue for hours on end and having a glimpse of New York’s skyline then go ahead and take a ride up to the ‘Empire State Building.’ The place is teeming with tourists and you will spend hours standing online and sometimes when you reach the top you are too exhausted to pay attention to anything. Take a cue and if you really must look at the skyline, then do it in the comfort, go to any famous restaurant on the 27th floor of any building and watch the view while enjoying a gourmet meal.

Avoid taking expensive taxis: Taxis are expensive and if you are travelling on a limited budget taking taxis will blow a hole in your modest pocket. What is wrong with taking a subway, NYC subway system is efficient and you can reach any corner of the city by using the subway system. Also, avoid taking a pedi-cab, it is unsafe and dangerous.

Do not block sidewalk: You want to look at the lofty buildings all around you, but do not stand smack in the middle of the sidewalk in a busy area and block it. New Yorkers are tolerant, but they are also very busy people and if you are standing in the middle of their path and gawking then they tend to become impatient.

Do not eat from a hot dog cart: You have seen the pictures and movies of people eating from a hot dog cart in the Times Square and you are raring to follow them, but if you know what is good for you, avoid eating hot dogs from a cart. The food has been prepared hours ago and tastes awful and what is more it is not very healthy either.

Night carriage ride: If you have a romantic image of taking a slow carriage ride in the Central Park in twilight, it would be better for you if you put this idea out of your head. Taking a twilight carriage ride is not only tiresome, but it is also dangerous, the horse would be tired, the driver cranky and you may come across unsavory characters.

If you use common sense and keep to well trodden paths there is no reason why your first trip to the New York City would not be memorable and enjoyable. Enjoy