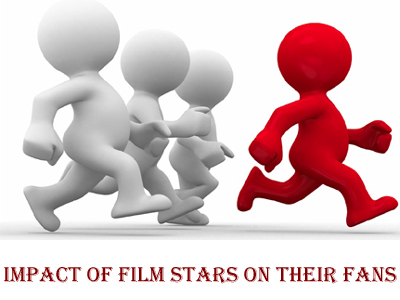 Firm stars and other famous personalities like sports stars have a great influence on their fans and followers and this usually translates to delivering both positive and negative effects on the fans. It has been observed that fans usually take extreme steps with regard to mimicking their favorite star with some going to extreme levels and being observed as an obsession. This makes it crucial to learn to limit your love for your star and learn to strike a balance between your own lifestyle and that of the stars, thus, ensuring you get a truly unique attitude. To do this you must be able to identify both the positive and negative aspects linked to super star love and obsession which allowing you to pick the positive aspects and practice them. Below are some positive and negative influences super stars have on their friends:

One of the biggest positive influences stars has on their fans is the ability of the fans to mimic the fans and change their attitude to match that of the star. This usually results in fans experiencing an attitude change which makes many begin walking, talking and dressing in a similar manner as their star. In situations involving sports star, it’s common to find the stars offering huge amounts of motivation to their fans pushing many in to achieving goals they would have never imagined to achieve.

Motivation, inspiration and trust are not only limited to movie and sports stars, but also involves normal people who dedicate their life towards certain goals. This is observed with people experiencing physical disabilities and rely on certain people to assist making their lives easier. In such cases you find they treat the person as their star and it’s common to find many helping them to achieve goals which they never imagined possible.

Negative Influences of stars on their Fans

As stars can influence a fan in a positive manner in the same way they could influence the same fans in a negative manner. Between the 1970 and 90s, it was observed the many film star fans began smoking cigarettes simply due to their film stars smoking while on screen. During those years, cigarette brands used public media to market their products and cigarette ads and use on cinema resulted in serious influence resulting in millions of people smoking as a result. Certain movies have also been noted to manipulate people’s minds resulting in the increase in violence and other negative voice in the society.

With this in mind, it’s clear that firm and sports stars have a major impact and influence on their fans thus making it crucial their behavior be closely observed. This has resulted in alteration certain practices on cinema such as smoking and alcohol, abuse from exposure to such behaviors have been linked to the increase in negative influences and habits.

However, it is good to be a fan of any but don’t play with your life as in your life only you are the one who can dominate your own life and don’t give authority to your favorite stars to rule your life.

Even this was the hot topic in POPULAR Indian TV Show “Satyamev Jayte”, where superstar Amir Khan urged people not to imitate their popular stars as well as also suggested other people associated with film industry not to be a part of stupid things which influence general public so much. Another hot topic he has discussed and urged people that is- avoid learning that females are the “ITEM” to use…