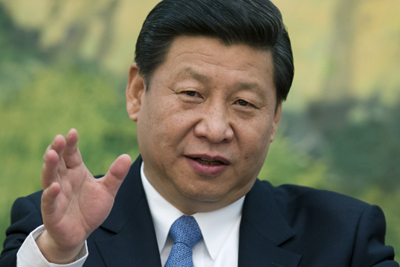 Xi Jinping heads the most powerful political party in the world, Chinese Communist Party. At the same he holds the position of the President of the Chinese People’s Republic, two powerful positions in the country, which places him in an exceptionally strong position and makes him one of the most powerful leaders in the world. He is also the Chairman of the Central Military Commission. Xi has promised to make China the strongest economic power and coined the term ‘China Dream’ that is likely to lead to a stronger and more powerful China with an ability to play a decisive role in the world. Xi Jinping is the President of Chinese People’s Republic and also holds the post of the Secretary General of Chinese Communist party. As a leader of an emerging economic giant, he holds immense power to influence the world affairs.

o   Chinese Dream: Xi has coined the word ‘Chinese Dream’, which is said to be his vision of ‘Modern China’ that is both global and proud of its civilization. Years of reform and development have improved the life of many Chinese; China accepts changes, takes ideas from other nations and adopts them to improve internal conditions.

o   Foreign Policy: Xi continues to follow hard policy on security issues. He called on the Asian nations to refrain from calling third parties to solve their problems and learn to resolve their own conflict. China is an active member of the BRIC, the name given to the emerging world economies that contain Brazil, Russia, India and China. Xi is a suave leader, well versed in the intricacies of world politics.

o   Political Reform: Xi believes that reforms need not dilute the central authority; he does not believe in what he calls values imported from the West. Therefore, there are fresh restrictions on the internet, human rights movements and more democratic approaches.