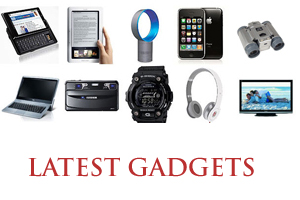 This tablet is designed to carry out multiple functions with comparatively very high speed. It has a 3 MP rear camera that actually can zoom up to 4x and capable of giving a brightness level of up to four steps. It also has a 0.3 MP front camera so that you can make video calls too. The camera has a resolution of 1600×1200 pixels and the front camera has 640×480 pixels resolution.

SanDisk Corporation has announced the launch of the Cruzer Orbit USB Flash Drive in India. It features a protective cover which rotates to shield the USB connector from being damaged when it is not in use. It is ideal for data users who actually need simple, portable access to their data with a compact look.

These are in available in capacities from 4 Giga Byte up to 32 Giga Byte. As with other USB drives in the market today, it drives are ready to go. Simply plug it into an available USB port and drag the desired files into it. No additional software is needed, so you can begin transferring and backing up your files immediately on inserting. It comes with SanDisk Secure Access software, which allows you to create a password-protected folder for your personal files. You are able to share your favorite media and USB flash drive while protecting your private documents from unauthorized access. It also offers online storage facility as well as the backup. This secure cloud storage service allows remote access to your data at anytime.

logitech introduced new  harmony remote With just a single touch, your remote can turn on your Television, start the Blu-ray, and also adjust the brightness of the lights to the desired extent and you are now ready to relax. With this product, you can access all your entertainment devices – including IR devices and game consoles. And, with the optional Harmony Smart mobile Application, anyone in the home can turn his or her smart phone into a personal universal remote.

Google, the world’s best search engine is going to create a great turn in the Tech market with the new product Google Glasses. It combines numerous functions and features in a very small unit. In addition to phone and camera (photo, video), it offers Internet connection, including the GPS. The core feature of Google Glasses is a visual layer that is placed over the reality. This layer opens a door to amazing new possibilities. Google Glasses contains a mini-projector. Because of the technology used the image, even though it is so close to the eye, it is sharp and very clear. You can move the front part of the Google Glasses easily to optimize the focus. Google glasses have special vision when compared to the normal glasses.