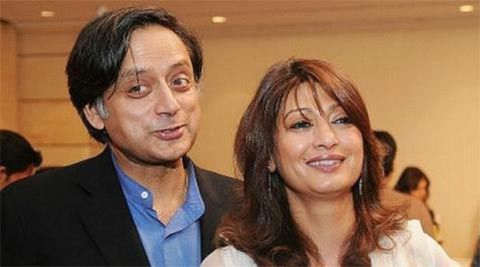 New Delhi: Nation is familiar with the mysterious death of the Sunanda Pushkar wife of Former Central Minister Shashi Tharoor. Now recently, one more news is in the air related to the report of Postmortem of Sunanda Pushkar. Confidently spoken by AIMS Doctor Sudhir Gupta – Reports have been changed due to the extreme pressure of Health Minister Gulam Nabi Azad and Mr. Tharoor. The Postmortem team head Dr. Gupta recently filed a case to the Central Administrative Tribunal (CAT) against Shashi Tharoor.  He proclaimed that the HM- Azad pressurized on him to work on unauthentic way and hide the actual facts from the public so that this case able to be closed soon.

Dr. Gupta has pro-claimed this report and made live to the public via anonymous website. In this, Mr. Gupta said that Mr. Tharoor and Health Minister Azad both are very popular and strong man that is why he was unable to disclose this news earlier. For a proof, Mr. Gupta has handover all the conversed email records between Dr. Gupta and Mr. Tharoor to the director of AIIMS. Also Dr. Gupta is surrounded in the allegations of theft and crime.

What Is The Actual Case?

Back in January, Sunanda’s dead body was found in 5 star hotel. Due to less number of facts and figures in respect of this death, it became a mystery for all. Nobody knows and still investigators are finding why and how Sunanda took the step to end-up her life. One day earlier of Sunanda’s death, she was in a major verbal fight with a Pakistani Journalist Mehar Tarar on Twitter. Sunanda was in doubt that there is something messy going on in between Tharoor and Mehar, but however, Mehar denied this fact. As per the Sunanda’s Post Mortem report it was found that she took a lot of drugs to lower down stress and fall in sleep peacefully. But, Visra report hasn’t confirmed this report true. To get solid proof Forensic investigators cross questioned to the AIIMS Doctors till March. In the last report, they have mentioned that Sunanda’s death was natural but in mysterious conditions.