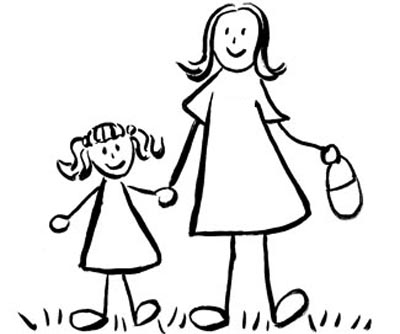 In recent years, parent-child relationship has gone through a sea change, especially the mother- daughter relationship. Today, they are more of a friend than a family; they are chatting on social networking sites, they shop together almost the same kinds of attire, they dine and wine together and it is changing the overall definition of mother-daughter relationship. That’s why, it is important that mothers should set the boundaries too, so this wonderful change doesn’t chock their daughters and spoil their relationship again like before.

“Saucy, a 14-year-old girl is fortunate that she got a wonderful Mother who understands her fully and provided her a full liberty. But having a single parent, she is misusing her liberty and indulged in such activities which may take her in a wrong track.”

Where to draw a line?

Technology has brought everyone on a same platform, but it is up to us to make sure that mother and daughter should not feel embarrassed by seeing the kind of messages they send to their friends or what kind of comments their friends are giving them on their pictures. Mother and daughters are becoming friendlier than their last generation counterparts, but they cannot be completely as friends because they have not grown or went to college together. They might have experienced the same problems but not at the same time, thus, one is more experienced in life than another and certainly will try to be more protective and tend to take decisions for the other one.

When your daughter is an adult, you have to let her make self-independent, let her take own decisions and have experiences in life. Mothers have to set boundaries so this doesn’t make their daughters feel over-shadowed by them. It is very important for the young daughter to have their own personality. Being a mother, definitely spend chill hours with daughters, but also suggest various points of time about do and don’ts. You can now open to the conversation with your daughters as this world is totally transparent and now not a single thing is hidden from the children. Do let her know the consequences if they go wrong and what to do in that condition surely let her know.

Where to step in?

Why mothers should not be their daughter’s friend because they are more experienced and wise in dealing with life problems. It is their duty to keep their children on the right track and they must step in and take charge when daughter starts to get wild and starts to venture where she is not supposed to. Mothers have to keep that upper hand always to protect the child from making disastrous mistakes in their life. Having your own experiences don’t mean that you repeat the same mistakes which your parents did. One has to learn from their mistakes and most importantly, learn from other peoples’ mistakes too.

Parenting is an art and there are plenty of ways to do it. Everyone has their own way, as long as your child turned out to be a successful and strong person means you did your work well.