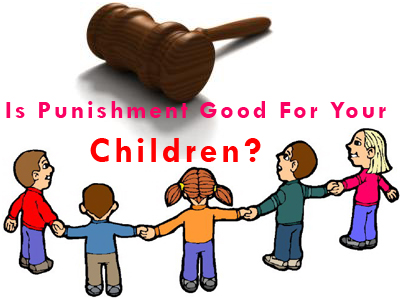 Punishment is something every child goes through every once in a while. But sometimes punishment crosses the line and can be harmful to the child, both mentally and physically. Actually, it depends on the type of punishment being given and also the age of the child. Older children don’t get affected much, if punished, whether it is spanking or normal punishment. But when parents and teachers start punishing younger children, there have to be some boundaries. Even older kids, even the punishment is brutal, it can lead to mental and physical illnesses. Punishment is something done to teach good behaviour, but you have to control yourself when punishing your child.

Ema, is now 17, and afraid of going school due to Teachers… Why? Because she thinks she’ll be beaten badly, if she makes mistakes like her childhood days…

Many researchers have found that children who were brutally punished and spanked in younger ages are more vulnerable in many ways. They develop mental illnesses, are more frightened by people and sometimes also it results in complexity and all these sparks hatred and hunger for revenge. When older kids are punished in a way they are embarrassed, they can turn violent and do things that probably shouldn’t have been done. That is why cases of crimes done by teens are rapidly growing day to day.

Punishment is good to some extent, as long as it doesn’t turn into something the kid is embarrassed for or enraged about. In class, making a kid stand-up, or making him catch his ears is more than enough. More than this, especially embarrassing he/she in front of the whole class or school is unacceptable. Other things like beating him every day on small issues also spark issues in the mentality of a child. On the parent’s side, punishments are good to some extent, for example, grounding a kid is the best choice. Ignoring him/her can make the child very depressed and that won’t be good. Spanking, beating, embarrassing in front of people is also a very bad move on the parent’s side.

The best way to teach children good manners is from when they are small. Teach them better ways of life when they are still in their early years. This way you won’t have to take strong measures afterwards, thus, you won’t have to punish them for their mistakes. But remember, whatever happens, never let your kid go the wrong road because you think punishment is bad. It is okay until it is done right; there is a line that is not supposed to be crossed. Scolding a child is far better than beating as well as you can also stop talking with your child for a little time to make him/her realize that they have done wrong.

The conclusion is simple; punish your child, if needed, but don’t be too harsh on him/her, understand your child’s side of the story too before doing anything.