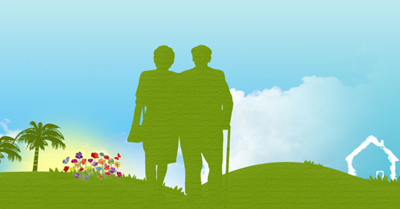 Respect or disrespect is all a relative terms. In many societies, children were not allowed to talk in front of parents especially father, the head of the family, the provider and the overall authority. Things have changed now and whether it is for good or bad let’s have a look on both sides…

Right way of parenting to develop a confident child

Parents have to realise that respect is to win not to ask. When we teach children to respect parents, elders and others, then must realize them that when they’ll come at this stage they’ll also expect the same from others. So to get respect it is essential you should be that much capable of delivering the same to others and then only by seeing you and your approaches your children will learn the same. Liberties- till what extent it is good or bad for your children you need to understand, if you really want they become a successful along with a good person in a life.

Check the dual facet here with the solution-

FACET 1: Those parents who have given a lot of freedom to their children and never scold in their mistakes, they have great chances to be unsuccessful as they know you as a parent will never scold them as you did in your past. Your children will eat, sleep and entertain themselves and do nothing.

If suppose, in any case your children get a good job and get married, there is a huge chance, in some point of time they can leave you alone due to embarrassment or any other reasons. Both the situation will happen only if you have given them full rights of doing anything what they like.

A case of Sam, living in Mumbai, left his parents just because he was not able to care them from what he is earning. He is having the concentration only on his wife and children, but not the parents. So what he opts to leave them and shifted to a great home in Mumbai.

Solution: Don’t provide them too much authority so that they mislead and forget your given values. Keep balance everything and teach them good values all the time so that they remember and follow the same in future too.

FACET 2: On the other hand, sometimes if you poke your nose every time in between your children’s matter, then there is also a huge chance for your children to become a loser and cannot get success in any field as they have been told to respect authority million times thus they just don’t develop an independent personality. Unconsciously, these types of parents have actually axed themselves, and in this case parents lose.

Live example of Khetan from Delhi, we have in front of us. He was very active and spontaneous in his childhood days, but when he has grown up, he was pressurized, scolded and beaten a lot in a very small thing and now he is unsuccessful and having a fear to talk to the world.

Solution: Undoubtedly, if we don’t let our children talk in front of us boldly then- Lack of confidence, concentration, fear, laziness and many other weak constraints a boy or a girl will get which definitely make them unsuccessful.

For this, a great solution is- let them speak boldly, do communicate with them a lot and teach moral science so that in the future they become a bold, successful and down to heart person.

Parents need to be independent even in old age

Parents have to change their mindset. Gone are the days of joint families and flowing family business. In olden times, parents used to take care of children and children used to take care of parents in their old age. It was undoubtedly a good system, but nothing lasts forever, with the advent of globalisation, job opportunities are plenty and even parents want their children to work in MNCs. Children have to go around the world to seek greener pasture. But the problem is to take care of older parents, who will be responsible for aged parents?

Everything problem comes with its own remedies too. Check up the following remedies which you can use-