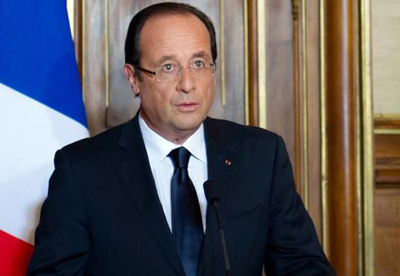 Francois Hollande is the twenty fourth President of France; he took office in 2012. He is a socialist and has a long career as a secretary of the Socialist Party of France. After he took over as a President he has introduced several economic reforms, and his foreign policy is also different from that of his predecessor.

Suave, polite, with liberal and socialist outlook Francois Hollande stands out amidst neo liberal and ultra capitalist Heads of the State in the G20 and European Union. Francois Hollande is a socialist, liberal and an atheist; he is also French President, a country that is at once liberal and conservative. It is a well known fact, though French Revolution that is the precursor of democratic movement had given the world slogan, ‘Freedom, equality, brotherhood’, France has a large section of the population that is extremely conservative in outlook. After Mitterrand, who was President of France from 1981 to 1995, Hollande is the second Socialist ‘President of France’.

Education & Early life: Born in 1954, in Rouen, France, Hollande’s parents belonged to two opposing political forces in France. His father was a right wing supporter while his mother was a socialist. At the age of 13 Hollande moved to Paris, with his family. The family lived in Paris in an upper class suburb. He studied at the Institut de Sciences Politiques, went to study in top class business school in France, the École des Hautes Études Commerciales.

Political Life: Hollande was influenced his mother’s socialist views and worked as a volunteer for Francois Mitterrand’s presidential campaign; he joined the Socialist Party in 1979 and since then has been an active member of the party and held several posts in the party organizations.

Economic policies: He introduced banking reform by separating investment and lending functions, gave more emphasis on renewable energy and tried to minimize the dependence on nuclear power as an energy source, introduced taxation reforms and gave more emphasis to education and housing for middle income and poor.

Foreign Policy: He announced withdrawal of troops from Afghanistan and tried to mend relationship with Germany.

‘Co- Price of Andorra’: As the President of France, Hollande is also ‘Co-Prince of Andorra’ a neighboring state.

Personal Life: Hollande was brought up as a Roman Catholic, but has declared that he is an atheist. He is not married, but has several partners and children.