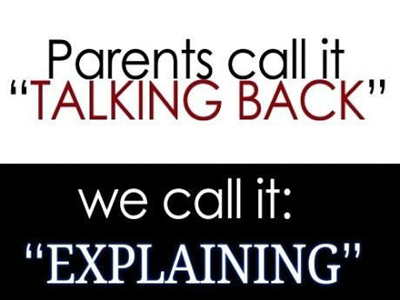 Every person into a certain age group which, usually, includes people who are born with years of gap. On the contrary, you also find generation gaps which are made up of people falling into a certain age which could include several age groups. A generation gap will, usually, include the new members of families, thus breaking generations into grandparents, parents and children. Every family has different generations and usually the generations do have vast differences with each tending to build a gap. In most families, you find generation gaps between parents and children and in turn you notice grand parents tend to build stronger bonds with their grandchildren. There is a clear explanation for this which we shall discuss below:

Working has been part of each person’s life and it is common to find that once a person reaches a certain age, they are expected to take over the responsibility of working and relieve their parents of the main desires. This also happens to occur when around the same time the next generation is starting their family, so they are required to work hard and due to this the parents and children resulting in them lacking adequate time to spend with their children. This is the reason you find it is very common  to find that a generation gap exist among most families where you find grand parents and their grandchildren tend to share a much deeper bond than that they shared with their parents or children.

Another reason linked to the generation gap between parents and children is linked to parents always need to set an example and over the years this results in becoming a habit. This constant desire to set the role results in distances parents and their children. This doesn’t mean that parents hate their children, but it results in distances their reputation resulting in certain reservations and lack of 100% freedom when dealing with your parent or child.

Information and skills tend to skip a generation

Another major result if generation gaps are the tendency of skills to be skipped between generation due to the lack of proper freedom between parents and children. In most situations, you find a person may have an important skill, but the parents want them to achieve a different goal of target thus resulting in them simply shunning the skill, whereas grand parents tend to promote and will also provide valued information towards the skill however different it may be.

Generation gaps are something which does exist in every home and family and it’s important to accept the gap so as to work around it. Many parents tend to break up relations with their own children during their youth and middle ages while they concentrate on their career and business only to discover the fault later when the relation has already been affected and may never eliminate the stigma.