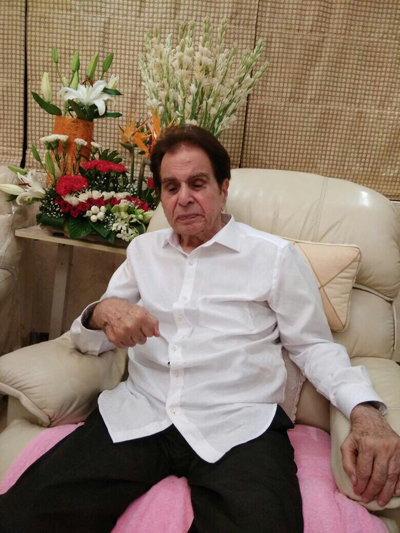 A legendary star of Bollywood Mr. Dilip Kumar (94) is hospitalized a few days back due to the problem of dehydration. But, as per the source, there are other few problems via which Mr. Kumar is suffering from and Kidney issue is one of them. Mr. Dilip Kumar is 94 and he has celebrated his 94th birthday on December 11 in the hospital. He was married to a very beautiful and talented actress Saira Banu, his co-star of very popular movies such as Sagina and Bairag.

Dilip Kumar was admitted to the Leelavati Hospital, Bandra on Wednesday because of dehydration, but later as per the reports, something is not good with the Kidneys. Doctors have admitted that Mr. Kumar might be suffering from kidney failure and they are working on the best treatments and action plans for better support. In addition to the same, the doctors said no surgery is required for now.

Mr. Ajay Kumar Pandey the deputy chairman of the Leelavati hospital has said that Mr. Kumar’s kidneys are not working properly and Dr. Nikhil Gokhle has appointed and working with other best team of the doctors to get the best treatment of the problem. The team of the experts will decide the best solutions in terms to support Mr. Kumar’s better health and wellness.

Talking with the reporters on the matter of Mr. Kumar’s Kidneys and functioning Mr. Pandey said it’s not a correct time to give any kind of statement in regards with the same.

We pray for such a great actor of Bollywood and hope he will get well very soon.