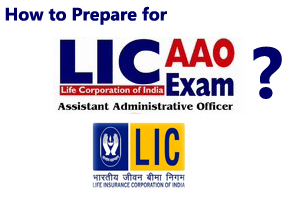 LIC that is Life Insurance Corporation is a well known insurance company in India which is trusted by all and there are several of posts that are recruited every year. In 11th and 12th May 2013 there is a written exam held for the LIC AAO i.e. the vacancy for the Assistance Administrative Officer and its result is awaiting to be declared. It is estimated that LIC AAO Results 2013 will be coming soon and it might be declare within few days. There are about 750 posts available for recruitment and in this exam more than 750 candidates of different areas are seated. This exam possesses great importance and therefore, candidates from different area of India have been participated in it and try their best to clear the exam.

LIC AAO Results are awaited by all the student have a extreme good news as these results are estimated to be declared soon and in order to get its result one can go for its official website. Also there is also the answer key of all the sets A, B, C and D are already declared so one can review their marks on its basis  and when its final result will be declared one is able to get their position. LIC AAO vacancy was declared on 5 march 2013 that consist of 750 post and eligible candidates are required to attain the age of 21 year and lesser than 30 years. They should possess the qualification of any bachelor’s degree as well as they can also have masters one with the 55% from any of the recognized university in India.

The selection process of LIC AAO is according to the performance of the candidates and it requires that candidate should clear written examination as well as it requires that candidate should clear the examination first whose result i.e. LIC AAO Result 2013 is going to be declare shortly and also the members who will clear it requires medical clearance as well as personal interview phase. These should also cleared by the candidate in order to get selected. The written exams of LIC AAO is conducted online which consist of objective or multiple type questions including the Reasoning ability, Numerical ability, current affairs, general knowledge, English language, computer knowledge. Also it consists of the penalty for every wrong answer that deducts ¼ of marks per wrong answer for all candidates.

LIC AAO result that is estimated to be declared in June can be seen on any of the official website and on the basis of it there will be the selection of that candidate is done who are eligible for further procedure. This is the great opportunity for all and who are looking to have the prestige job must apply for this exam as it is conducted every year ad is online. 2013 exams result are going to be announced shortly and for this they have to check out the official website only as all the result will be updated there.