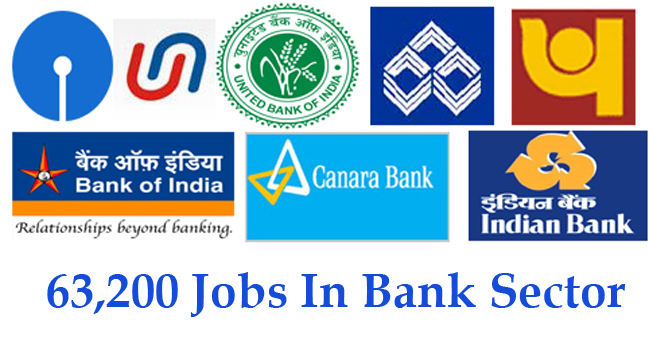 Increase Of Opportunities In The Banking Sector

Banks play a major role in recruiting the people in a large number. Banking is a very attractive and safer career to choose. India’s largest bank, SBI and other Public Sector banks are recruiting more number of people every year. That too in the last two years, the bank recruitments are increased tremendously and people also show their immense interest towards it.

The 20 Public sector banks seek the help of IBPS (Institute of Banking Personnel Selection) to conduct the exams. But, SBI and its other associate banks do not come under this. It conducts exams separately and declares the result.

The recruitment procedure is mostly common for all bank exams. Exams for different cadres in banks are conducted separately. The recruitments are done for the posts of clerks, Specialist officer and Probationary Officer in a large number.

For every exam, the candidate has to satisfy the required qualifications. Those who are satisfying the requirements are allowed to apply online and asked to take a print out of that. After that, they are called for the written examination. Usually for clerks and specialist officer, the exams are conducted for 200 marks; in addition to that, it also includes descriptive type for PO.

The exams are conducted in online mode and those who have cleared the exams are called for the interview. Successful candidates are intimated through mail and printed score cards with their obtained marks are also sent to them. After passing the interview session, they are appointed in the regions according to the marks.

In case of IBPS recruitment, they are asked to prioritize the banks and appointment is based on the merit alone. The validity of score card issued by them has the validity of one year only. And also the exams are conducted once in a year.

63,000 Candidates Are Yet To Be Recruited

While addressing the press, Finance Minister Mr. P. Chidambaram has revealed the news about the opportunities in banking sector. He mentioned that the Indian Government has believed that the banks are going to create more than 63000 jobs in banking sector. That too within the financial year of 2013, that is by the end of march 2013.

Mr. P. Chidambaram revealed the secret, while reviewing the financial performances of the banks, on 15th November. He also insists the upcoming recruitment of banks. He also declared that over 84,489 vacancies are filled in the last year. This is a great achievement and also he insists that more than 63,000 jobs are to be filled this year.

According to his details, 22,000 officers are appointed across the country for the 19 Public Sector Banks. This is approximate value is only based on the results of IBPS 2011. As similar to this, in the last year 20,000 clerks and 21,000 PO are appointed through IBPS. This ratio will definitely increase in this year.

There are lots of opportunities in the banking fields. The young generation has to show more interest on the banking sectors. Be a banker and lead a happiest life.