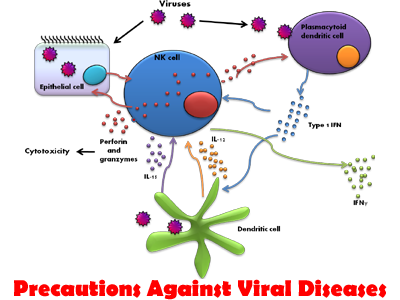 Viral diseases are common and come in a wide range. They are made up of viruses which are contracted in the body and result in making people sick or may be very sick. Their severity will range from having a simple runny nose to severe viruses like Ebola, which result in certain death when contracted. This makes viral infections a very sensitive topic which needs to be closely observed and proper precautions taken to avoid contracting any link of virus, if possible. To help you avoid contracting viral diseases, it’s critical to take the following precautions to avoid contracting the disease.

Many viral diseases are airborne, meaning you are likely to catch them even without realizing as the microscopic contaminated particles travel in the air you breathe. It’s noted that you are at higher risk in certain situation such as while using public transportation or while visiting places with a large presence of people. To protect yourself while in such situations you need to wear a face mask or simply place a scarf over your nose and mouth. This will provide some filtration of the air you inhale thus helping reduce the risk of getting infected while using public transport or while visiting densely populated places.

Infection through injection of contaminated food and water

Infection through the exchange of bodily fluids

Viral infections could range from mild infections like cold and flu, but at the same time you find that some of the world’s deadliest diseases like Ebola and AIDS are also caused by viruses. Today the world health organization considers virus to be a humanities biggest threat. Viruses have been noted to result in widespread death in history making them humanities biggest enemy and likely to strike and cause widespread death across the globe despite human advance technology and medical advances.