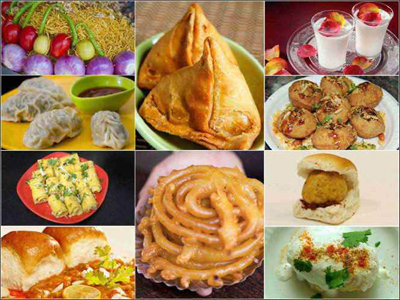 When you’re travelling, do you think much before having a snack on the side of the road, and then resuming your journey? Most chances are that you don’t pay attention towards it. Mostly you don’t think much before eating that hot dog or that hamburger out of some street vendor’s stall. But that isn’t the case, most of the time, it is fine to eat off the street, but there are limits in doing this.

Eat once in a while

First thing, you should avoid street food as much as possible, and even if you have to eat some, then eat very little just to put something in your stomach thus resulting in making you feel better till you reach home or to some good restaurant.

There are many reasons to avoid street food; the first is the surroundings in which it is cooked or sold. Only a fool will say that roads and vehicles are a clean combination. Dust, insects, smoke; what else do you need to hear before running away from that Noodle Stall.

Eat if you can see the cook

Also, you don’t have an idea where the food is prepared, how clean is the water used, is the food fresh and cleanliness kept during doing all this? Dirty water can cause some serious grief for you, especially illnesses like diarrhea. And also the insects tasting your food, carrying pathogens all over them, and then all over you. Another thing you don’t know with street food is the freshness of contents like vegetables, oil, meat etc.  And all these things can cause deadly diseases and leave you willing to diet for the rest of your life.

There are certain cuisines that should be avoided to be eaten on the street side. Especially Filipino, Japanese, and Chinese cuisines, also Indian should be avoided depending on the location and the amount of cleanliness (you can determine the cleanliness by looking at the cook even). These cuisines have a lot of spices, veggies and other things added to them and are harmful if not prepared properly, or if hygiene isn’t took well care of. Japanese and Chinese cuisine especially, has a lot of non-veg included, and non-veg on the street…nah…turn around please!

But street food can be eaten sometimes, and if you are eating from a food truck, then it is probably okay and nothing much to worry. But still precautions and care has to be taken about the food you are about to order. You should avoid fried foods like French fries and bacon because most chances are that it is preserved food, and who knows how many rounds of fries have been removed without changing the oil? So think before eating out as after all it is your life not others!