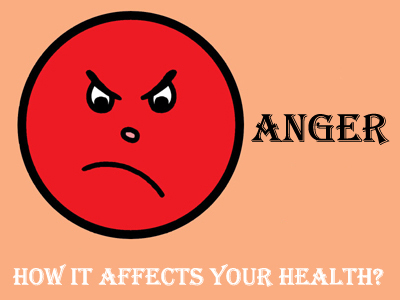 Just like ill managed stress, anger that is not handled properly not only can lead to an uncomfortable mindset, but also can lead to serious health problems. Many organizations have conducted independent researches and studies on this matter and every single one of these researches prove that anger can result in serious health complications. Read on to know about some of the results that came out when these researches were completed. Some of the results might shock you, and you will have some more reasons to control your anger in a proper way.

Anger and its effects on both genders

One study conducted by the Washington School of Nursing revealed that anger problem in women associated with depression. And anger problems in men directly resulted in serious health problems. This study was conducted between many husband and wife couples, and the result was same between each couple. Although, men were directly linked with health problems like- high blood pressure, heart attacks, insomnia and various others, the depression caused in women later resulted in some health problems. So ultimately, anger causes health complications afterwards, regardless of your gender.

A research conducted on children and some adolescents also showed a very similar result and showed that even in this stage of life, proper anger management is essential. This research showed that children, who did not manage their anger properly, had more problem-ridden relationships with family and friends. Their mental and general health of these kids was also at risk. So, this high points the need of learning proper anger management since the early stages of your life.

These are just a handful of many studies conducted by different organizations on this subject. And all of these researches directly link anger to mental and health complications, irrespective of the gender and age of the person. Some of these anger caused health problems are obvious, but others are unexpected. So, it is obvious that as anger presents so many problems and complications in our life, we should learn how to properly manage our anger; by doing this we can easily prevent many illnesses and diseases that are caused by poorly managed anger. Along with this, you should also learn some stress management techniques in order to have a great and peaceful life which leads our age and happiness together.